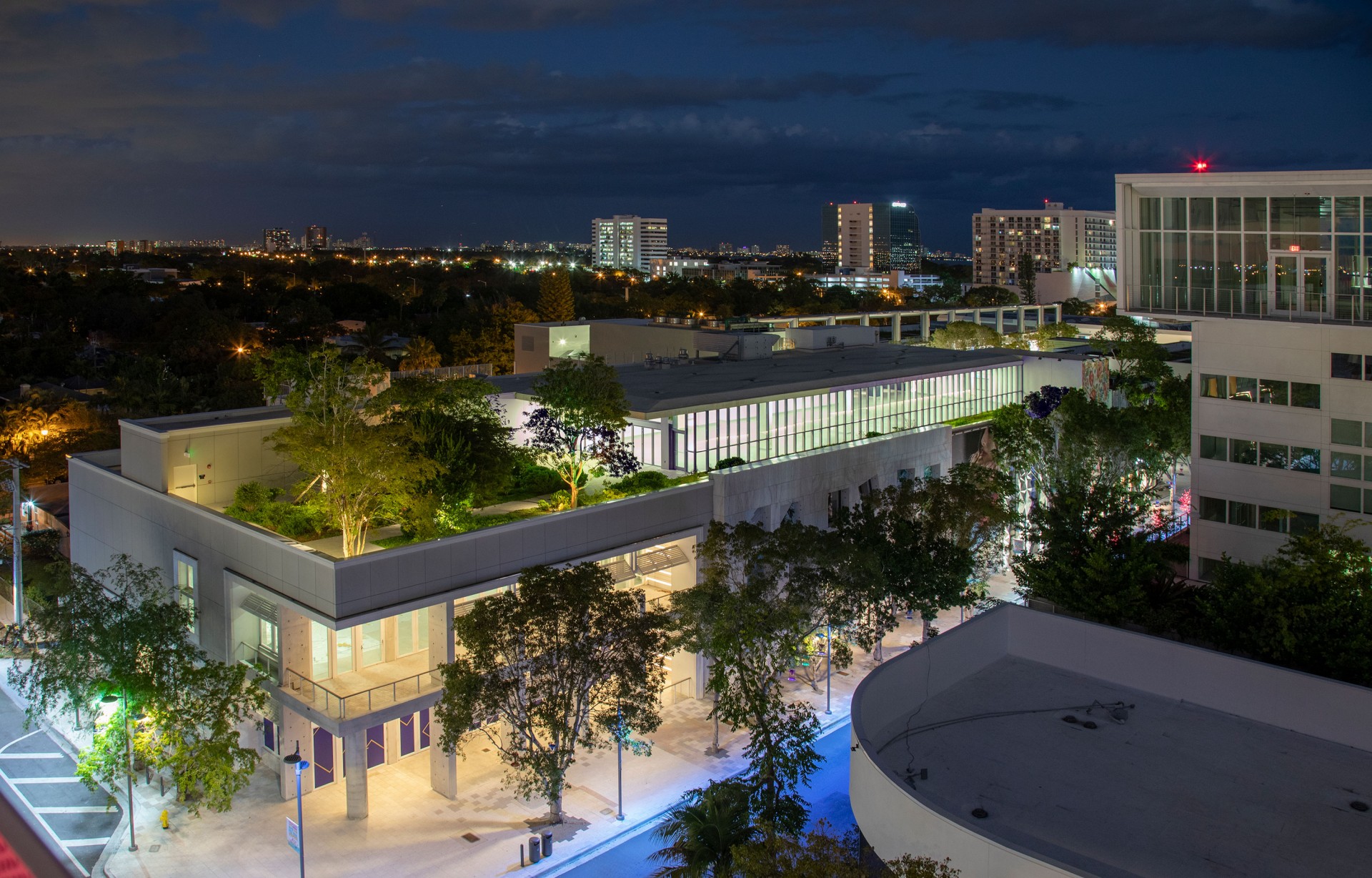 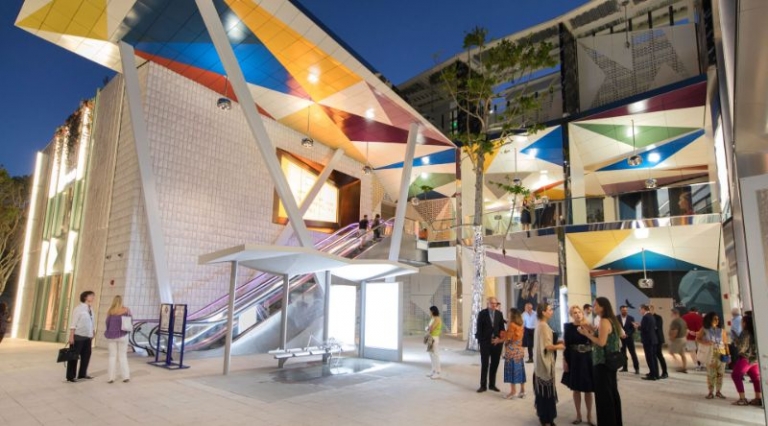 Return to top of page.

Construction included new luxury shopping
in more than a dozen architecturally diverse facilities spread throughout the northern sector of the District. Paradise Plaza, the northerly anchor facility, houses shops and restaurants and is filled with the art and architecture of many internationally renowned artists and designers.

Paradise Plaza is connected to the hugely successful Palm Court via the extension of a mid-block pedestrian passageway known as the Passeo Ponti. The Miami Design District -- another award-winning Spinnaker Group client that secured LEED ND Gold -- is known for its green construction, including numerous green rooftops, dotted with enormous mature trees native to South Florida, and art and water features woven into the design elements.

LEED and sustainability features include:

Paradise Plaza was the final major phase of an ambitious expansion of an art-and-design district in Miami, the first LEED for Neighborhood Development project in the city. Within the four city blocks that made up the first phase of the development/project, the team embarked on a whole new way to approach retail design and architecture. Although the block is developed and designed as a cohesive whole, it is decidedly not a mall. The design team created the architectural skeleton for the block -- addressing building structure, overall identity and the movement of people through the space. Within the framework, each store is treated as a distinct building, and the individual retailers were given the opportunity to create the entire façade -- 45 feet from the ground to the roof rather than the traditional approach of designing the two-story street-front facade. This new approach gave each retailer the chance to make this location an entirely unique venture and a flagship-level retail experience. The master architect worked with numerous individual designers, but was responsible for the construction documentation of every piece of the project, as well as much of the design.

The district experience revolves around a central pedestrian "paseo," which bisects the four-block expansion and culminates in grand plazas at either end. This LEED Gold Core & Shell project sits at the north end of the paseo, and features a large plaza which accommodates expansive seating areas and outdoor dining.

The retail space for the project established a new paradigm in the shopping experience by introducing 45 feet of retail frontage. Paired with the proper glazing, these large facades provide numerous benefits to the building users. The project’s central plaza encourages gatherings to improve physical and mental health and social capital by providing open space close to work and home to facilitate social networking, civic engagement, physical activity, and time spent outdoors.

The novelty and unique character of the project proved challenging through the design, development, permitting and construction process. The architect and their consultants were tasked to deliver a building that had to meet all applicable building codes and which would receive a certificate of occupancy from the city’s building department, while leaving much of the building and its interior spaces unfinished for future tenants.

The developer’s concept of the project was to attract luxury fashion, jewelry and accessory brands that were comfortable outfitting not only their store’s interior, but also the exterior. The urban nature of the project enabled many of these brands to expand beyond a typical retail storefront installation and extend their branding image to segments of buildings and, in some cases, construct standalone edifices. Whereas most retail projects occur within a mall setting or retrofit an existing building, this project had to accommodate the tenant's needs without fully understanding what they would want. Moreover, the final building was somewhat incomplete and would not be fully completed until all tenants built-out their respective units.

This notion of permitting a building with missing components, such as storefronts that make up a large portion of the Project’s street facing elevations, was difficult to convey to the various departments within the city. In effect, the city was approving an entire city block without knowing the appearance of the final building. While the developer’s "Special Area Plan," created in conjunction with the master planner, intended to provide the city with guidelines and safeguards ensuring that non-complying designs would not be permitted, there still was much hesitancy on the city’s part to approve the building. The city’s resistance forced the architect and the developer to create booklets further describing the intent of the project and visually demonstrated how the individual components of the building would be code compliant. Additionally, a district-wide spreadsheet had to be generated for the city explaining how the project was meeting open and civic space requirements since, in some cases, these were met off-site.